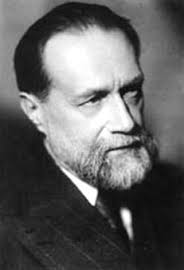 Miaskovsky was born the son of an engineer officer in the Russian army. After the death of his mother the family was brought up by his father's sister who had been a singer at the Saint Petersburg Opera. The family moved to Saint Petersburg in his teens.

Though he learned piano and violin, he was discouraged from pursuing a musical career, and entered the military. However, a performance of Tchaikovsky's Pathétique Symphony conducted by Arthur Nikisch in 1896 inspired him to become a composer. In 1902 he completed his training as an engineer like his father. As a young subaltern with a Sappers Battalion in Moscow, he took some private lessons with Reinhold Glière, and when he was posted to St Petersburg he studied with Ivan Krizhanovsky as preparation for entry into the Saint Petersburg Conservatory, where he enrolled in 1906 and became a student of Anatoly Lyadov and Nikolai Rimsky-Korsakov.

A late starter, Miaskovsky was the oldest student in his class but soon became firm friends with the youngest, Sergei Prokofiev, and they remained friends throughout the older man's life.

Early influences on Miaskovsky's emerging personal style were Tchaikovsky, strongly echoed in the first of his surviving symphonies (in C minor, Op. 3, 1908/1921), which was his Conservatory graduation piece, and Alexander Scriabin, whose influence comes more to the fore in Miaskovsky's First Piano Sonata in D minor, Op. 6 (1907–10), described by Glenn Gould as "perhaps one of the most remarkable pieces of its time".

Miaskovsky graduated in 1911 and afterwards taught in Saint Petersburg, where he also developed a supplementary career as a penetrating musical critic. He was one of the most intelligent and supportive advocates in Russia for the music of Igor Stravinsky.

Miaskovsky served in the Red Army from 1917 to 1921; in the latter year he was appointed to the teaching staff of the Moscow Conservatory, where he taught for the rest of his life. and membership of the Composers' Union. In the 1920s and 1930s Miaskovsky was the leading composer in the USSR dedicated to developing basically traditional, sonata-based forms. He wrote no operas, but he would eventually write a total of 27 symphonies (plus three sinfoniettas, three concertos and works in other orchestral genres), 13 string quartets, 9 piano sonatas as well as many miniatures and vocal works.

Miaskovsky was long recognized as an individualist even by the Soviet establishment. In the 1920s the critic Boris Asafyev commented that he was "not the kind of composer the Revolution would like; he reflects life not through the feelings and spirit of the masses, but through the prism of his personal feelings. He is a sincere and sensible artist, far from 'life's enemy', as he has been portrayed occasionally. He speaks not only for himself, but for many others". He is sometimes referred to as the "Father of the Soviet Symphony". Miaskovsky was awarded the Stalin Prize five times, more than any other composer.