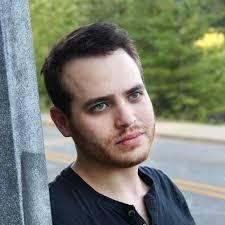 Nemean Lion comes from Greek mythology, specifically the first of Hercules' twelve labors. There are many versions of this myth, but the too-long-didn’t-read version says that the lion was sent to Nemea, (which is situated in modern-day Corinthia), to terrorize the city. In one version of the myth, the Lion was sent to lure heroes to their doom, by using women as bait who would then turn into a lion when the hero would arrive at the lion's den. The lion was impervious to arrows due to its golden fur, but Hercules was eventually triumphant and was able to defeat the lion with his bare hands. This would be the first of 12 trials that Hercules would complete on his path to becoming immortal.

Growing up, Hercules (the Disney version) was my favorite of the 90s films. Maybe it was because I thought the adventure of realizing power was not as important as love was an important message. Maybe it was because the character of Meg was the first real independent female character in Disney who spoke her mind, and showed me that women have a voice and agency when most other media for kids at the time said otherwise. Or perhaps it was because it has the best sassy gay villain in cartoon history. Finally, it totally could have been my seven-year-old self subliminally catching on to my own queerness with a muscular man who is wearing a sleeveless set of armor and a skirt half the film. Regardless, when I discovered the source material for this myth, I knew that it could be an interesting twist on a story I have always liked.

The pulsing rhythms that stay fairly constant throughout the piece represent what feels like the endlessness of the trials of life: the repetitive motions of work-life balance, and the occasional trips and falls; the swells that occur in the brass represent the feeling that time seems to be standing still while everyone around you is moving quickly. When comparing this to the myth of the Nemean Lion, this is only Hercules' first labor and is supposed to have been the easiest. To me, this feels like where I am currently am in life. The first trial has ended, and the work of life is getting harder, which is why the piece ends on a big chord that seems somewhat unresolved.