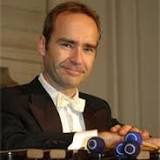 Nebojša Živković (b. 1962, Serbia) is one of the world's most performed composers for percussion music.

Živković has nearly 300 performances of his compositions performed every year in almost fifty countries world wide. His groundbreaking compositions for marimba and percussion have set new performing standards, and his captivating and energetic performances have influenced generations of marimbists. Many of Živković’s compositions (for example: Ilijas, Ultimatum1, Trio per uno) have become standards in contemporary percussion repertoire world-wide. His orchestral works are performed by orchestras such as the National Symphony Orchestra of Washington, BBC Concert Orchestra, London, Orchestra di Santa Cecilia, Rome or The Nothern Sinfonia in Newcastle, UK, Hiroshima Symphony Orchestra. He is frequently commissioned by many soloists, orchestras and institutions, including two commissions from the German Ministry of Culture (Rheinland-Pfalz and Baden-Württemberg).

New millennium started successfully with two premiere performances of chamber music pieces in London's WIGMORE HALL: Born to beAT Wild for trumpet and percussion, and Quasi una sonata for piano and percussion, composed for Hakan Hardenberger, Evelyn Glennie and Emanuel Ax. Beside his concert works, he has composed many compositions for younger players. Especially pieces from his Funny Mallets Series have become some of the world’s most successful works for mallets instruments.