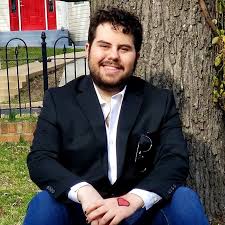 Nebal Maysaud (pronouns: they, them, their) (b. 1995, Alexandria, Va.) is a nonbinary American composer.

Born the son of two Lebanese immigrants, Maysaud discovered music at a young age thanks to their school’s band program. They have taught under famed wind band composer Mark Camphouse during high school before entering the studios of Joanne Metcalf and Asha Srinivasan. They received a BM in music composition from the Lawrence Conservatory of Music in Appleton, Wisconsin.

Nebal Maysaud's music is a convergence of Lebanese tradition, faith, identity, and contemplation of our current society. They use music poetically, as a means to portray the suffering of those who are often silenced. Their music is influenced by many different artists of various traditions, including Ralph Vaughan Williams, Khalil Gibran, Arvo Part, Walt Whitman, Mahmoud Darwish, Guillaume de Machaut and Johann Sebastian Bach.

Nebal also has an interest in religious studies and poetically integrates that into their music, finding multiple ways to speak the mysticism of the universe to their audience. They emphasize openness in their religious works, providing a unique perspective of religion as a source of spirituality while also the source of suffering through abuse of power.