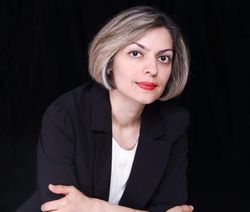 Holidays never feel the same in any part of the world as in one’s home country. For me, March 21st is that time of year; I wish I were home to celebrate Nawruz, the Persian New Year, with my family. In March 2009, I composed a two-movement piece for a small ensemble to bring in the New Year’s atmosphere I was missing all the way on the other side of the world.

The first movement, Bahar, represents nature's celebration of the upcoming spring. The second movement, Tahvile Sall, portrays “Nawruz Khani” which is a Persian traditional folk song played by the old town’s musicians to announce the beginning of the New Year. To write this movement, I imagined myself standing in the middle of an old town listening to the sounds and movements around me. As the town musicians get closer to the town, the tune they are playing becomes clearer.

After two years, I orchestrated Nawruz for the wind ensemble to make this celebration bigger than ever.