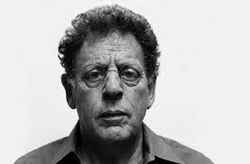 Any combination of instruments whose range suits the material is acceptable.

The real innovation in Similar Motion is its sense of drama. The earlier pieces were meditative, steady-state pieces that established a mood and stayed there. But Similar Motion starts with one voice, then adds another playing a fourth above the original line, and then another playing a fourth below the original line, and finally a bass line kicks in to complete the sound. As each new voice enters, there is a dramatic change in the music.