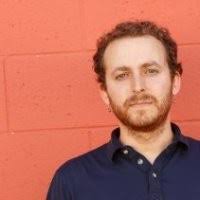 Subtitle: Charleston, Summer of 2015. For Wind Ensemble and Electronics

Monument Iii: Charleston, Summer Of 2015 is a tribute and memorial to the nine men and women murdered in an act of racist terrorism while at prayer in Emanuel African Methodist Episcopal Church in Charleston, South Carolina in June 2015.

The opening movement, SayTheirNames, is an invocation of the power of memory articulated through the names of victims of violence. The nine names are heard fragmented and echoing in the electronic sounds, tuned to the chords heard in the ensemble. It is structured as nine statements of a simple pattern heard in percussion and brass, each repetition of which grows progressively longer, and closes with a gesture of ascending prayer.

The heart of liturgy is prayer, a reaching-out of the temporal and contingent toward the eternal living Creator. Liturgy of Remembrance, the closing movement of Monument III, is a wordless prayer, a memorial meditation for the lives lost in Charleston and for the many lives lost to the same cancer of racist violence both before and after. A continuous pulse of three notes, cast in a meter of seven 16th notes (2+3+2, 2+3+2…), is articulated throughout by a trio of marimba, vibraphone, and guitar. Against this pulse the long chant-like melody unfolds, its phrases demarcated by five punctuations in percussion and low instruments.