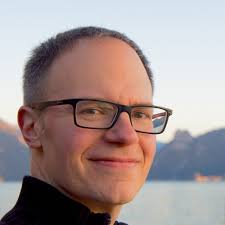 Monkey is the wildness of young monkeys, shrieking in unbridled pandemonium. The unsupervised frenzy-mongers eventually come face to face with the ominous threat of adult discipline.
They rebel.
Discipline fails.
The hour of scampering erupts. The mayhem escalates until young and old alike are indistinguishable. Simian hysteria overtakes all.

Monkey, commissioned by Thomas G. Leslie for the UNLV Wind Orchestra, was begun in summer of 1997, as part of my ongoing fascination with primates. Much of my music during the past few years has been primal in nature, and Monkey was the natural, explicit culmination of this tendency. At least, I think this is the culmination. There may be more monkey madness lurking in the depths of my mind.

Note: no animals were harmed during the composition of this piece.

Monkey is a wild and hysterical piece of music, but must be played with incredible precision and attention to detail. The sheer speed of the piece is perhaps daunting, but cannot be sacrificed. Energy must continually erupt from the stage.