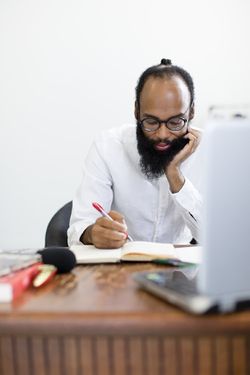 Mixed Lydians was composed collaboratively with the 2018/2019 students of the South High School (Minneapolis, Minn.) Symphonic Band. The enthusiasm of the symphonic band students led me to want to create an enthusiastic piece for them.

In our musical sessions, we discussed modes and consequently created a mode that mixes Lydian mode with Mixolydian mode (hence the title of the piece). Within this sound world, we improvised and created gestures that could work together and form the main material for the piece. Afterwards, we worked on framing the piece with an introduction and a coda, both of which -- in different ways -- make the sound world of this mixed mode clear (the intro by its establishment of a sonority, and the coda by its scalar repetitions). The result is a funky exploration that can interpreted in many different ways.