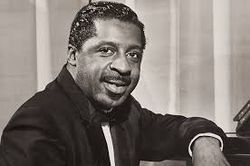 Misty is a jazz standard written in 1954 by the pianist Erroll Garner. Originally composed as an instrumental following the traditional 32-bar format and first recorded for Garner's 1955 album Contrasts, the tune was later paired with lyrics by Johnny Burke and became the signature song of Johnny Mathis, appearing on his 1959 album Heavenly and reaching number 12 on the U.S. Pop Singles chart later that year. Country and pop singer Ray Stevens had a number 14 hit with his cover version of Misty in 1975 on the Billboard Hot 100. The song has been recorded many times, including versions by such artists as Frank Sinatra, Ella Fitzgerald and Sarah Vaughan.