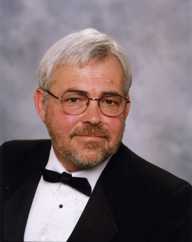 Mike Hannickel (b. 13 March 1949, Sacramento, Calif.) is an American composer and educator.

Mr. Hannickel studied at California State University, Sacramento, earning a Bachelor of Arts degree in music composition and trumpet performance and a teaching credential. His Advanced Studies Certificate in Composition for Film and Video is from the University of Southern California, where he studied with David Raksin, Alexander Courage, Patrick Williams and Jerry Goldsmith, among others. A member of the California Music Educators Association and the American Society of Composers Authors and Publishers, Hannickel has been music director in the Rocklin (California) United School District since 1973, focusing on directing elementary and junior high bands and orchestras.

In addition to teaching and composing for school-age groups, he has conducted his compositions in Hollywood area studios such as Capitol, Paramount, and United-Western. Credits include independent motion picture scores, documentaries, multi-image productions, songs, and commercials.