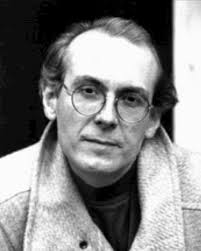 He began his formal music training at the age of six. His father taught him piano, harmony, counterpoint, and conducting. By the time he was 11, he had begun to improvise, and at 14 he discovered jazz and performed with several small combos and big bands, for which he wrote jazz arrangements. Concurrently, his father introduced him to church organ and Gregorian chant. While serving in the French army, he continued composing, arranging, and playing in a variety of groups from chamber orchestra to big band.

In 1961, Colombier was hired as musical director of Barclay Records. One of his first projects there was to arrange Charles Aznavour’s first album in English for release in the United States. He introduced sounds and concepts into the advertising world that were heretofore unknown. He also did a large amount of work in the dance world, writing music for many of the leading dancers in the world.

In 1968, Petula Clark chose Colombier to be her musical director. He traveled with her to the United States, where he met Herb Alpert, who signed him to a contract with his A & M Records as an artist, composer, and performer. Their collaboration resulted in the album Wings, an entirely new concept album that was hailed as the first “pop symphony” and “the first rock oratorio.” The international press soon came to regard Colombier as an equal to George Gershwin and Leonard Bernstein.