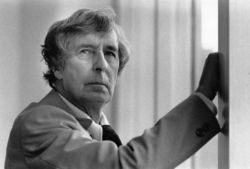 Tippett enrolled as a student at the Royal College of Music, where he studied composition with Charles Wood and C.H. Kitson. At the Royal Academy of Music, Tippett also studied conducting with Adrian Boult and Malcolm Sargent. In the 1920s, living simply in Surrey, he plunged himself into musical life, conducting amateur choirs and local operas. Later, he taught at Morley College.

Unlike his contemporaries William Walton and Benjamin Britten, Tippett was a late developer as a composer and was severely critical of his early compositions. At the age of 30, he studied counterpoint and fugue with Reginald Owen Morris. His first mature compositions show a fascination with these aspects.

From the mid-1960s until the early 1970s, Tippett had a close relationship with the Leicestershire Schools Symphony Orchestra (LSSO), conducting them regularly in the United Kingdom and on tour in Europe. Tippett was knighted in 1966, and awarded the Order of Merit in 1983. He remained very active composing and conducting. In 1996, Tippett moved from Wiltshire to London. In 1997, in Stockholm for a retrospective of his concert music, he developed pneumonia. He was brought home to England, where he died early in 1998.