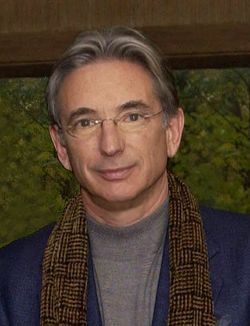 Tilson Thomas was born to Ted and Roberta Thomas, a Broadway stage manager and a middle school history teacher, respectively. He is the grandson of noted Yiddish theater stars Boris and Bessie Thomashefsky, who performed in the Yiddish Theater District in Manhattan. Michael was an only child and a prodigy. Tilson Thomas studied piano with John Crown and composition and conducting under Ingolf Dahl at the University of Southern California. As a student of Friedelind Wagner, Tilson Thomas was a musical assistant and assistant conductor at the Bayreuth Festival.

From 1968 to 1994, Tilson Thomas was the Music Director of the Ojai Music Festival seven different times. After winning the Koussevitzky Prize at Tanglewood in 1969, he was named assistant conductor of the Boston Symphony Orchestra, making his conducting debut that same year. Between 1971 and 1977, he also conducted the series of Young People's Concerts with the New York Philharmonic. From 1981 to 1985, he was principal guest conductor of the Los Angeles Philharmonic Orchestra. In 1987, Tilson Thomas founded the New World Symphony in Miami Beach, Florida, an orchestral academy for gifted young musicians whose stated mission is "to prepare highly-gifted graduates of distinguished music programs for leadership roles in orchestras and ensembles around the world."