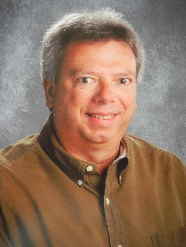 Michael Oare (b. 1960) is an american composer and educator.

Mr. Oare earned undergraduate degrees in Music Composition and Music Education from Old Dominion University in Norfolk, Virginia. A veteran music educator, Mr. Oare remains active as a composer, arranger, performer, conductor and adjudicator. He has written numerous arrangements and compositions, with a special interest in music for the young band. He has several original works for band published, and he continues to write and arrange music for both high school and middle school levels. His compositions are included in the catalogs of Hal Leonard, Boosey & Hawkes, Kjos, TRN, and Wingert-Jones Music.

Since 1991, he has been the Director of Bands at Great Bridge Middle School in Chesapeake, Virginia. His Great Bridge Middle School Bands consistently receive superior ratings at District Festival and have performed for the Virginia Music Educators Association Conference on three occasions. He maintains State and National professional memberships, is a member of ASCAP and the international bandmasters fraternity Phi Beta Mu. He is a recipient of the National Band Association’s Citation of Excellence and is a multiple year honoree in Who’s Who Among America’s Teachers.

Mr. Oare plays Eb Clarinet with The Virginia Wind Symphony, and remains active serving as an adjudicator and clinician for marching and concert band clinics, festivals and contests.