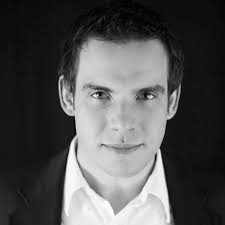 Michael Merrill (b. 1988, Tokyo, Japan) is an American composer and saxophonist, residing in Albany, Oregon.

Mr. Merrill began playing the saxophone in fifth grade and singing in choir during high school, getting involved in theater and stage musicals along the way. He started “composing” at around twelve when he would fiddle around at the piano, trying to play various tunes by ear and experiment with different patterns. Stuart Welsh at West Albany High School, Oregon, premiered his first orchestration for band in the spring of 2006.

Merrill attended Brigham Young University-Idaho where he studied music education and composition under Dr. Daniel Kerr, and later with Darrell Brown. While at BYU-Idaho, Michael received commissions from various students for their senior recitals. He received many awards and recognitions for his music, including two 2nd prizes (Glory to God in the Highest, winter 2012, and Anthem for Doomed Youth, fall 2012) and one first place in the school’s Research and Creative Works Conference (Mass for the Last Days, winter 2014). In the fall of 2013, Michael’s operetta Perfection of the Life (libretto by Ray Alston) was selected for performance by the school’s opera scenes program

Mike graduated with a B.M.A. in composition and saxophone performance in April of 2014. In 2016 he earned an MMus in vocal music with commendation from the University of Aberdeen under the tutelage of Royal Composer Paul Mealor OStJ. He completes his Ph.D. in 2020.

Michael has had works commissioned by middle schools, high schools, universities, and professional ensembles in the United States, Canada, and the United Kingdom. His music has been performed by internationally renowned performers including Alex Boyé, the Canadian Brass, and Pro Coro Canada.

Most recently, Mike was selected as the winner of the University of Limerick Ceremonial Music Competition. His piece for organ and trumpet, As an tSionainn: Music for Ceremony and Celebration, is now the official graduation music for the university.