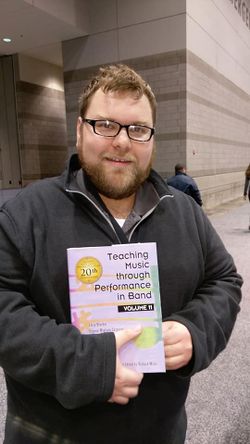 Michael David Krueger (b. 1990, Saint Peters, Mo.) is an American composer and educator.

He serves as the director of instrumental studies and adjunct professor of music theory at Notre Dame College (Euclid, Ohio).

Mr. Krueger's most significant compositional output is for wind ensemble, chamber ensembles and marching groups. In 2014, he was a featured composer with the Truman State University Wind Ensemble at the CBDNA Southwest Conference. He has received commissions from many ensembles and soloists. Recently, a consortium of sixteen band was formed to commission Kreuger's Symphony No. 3.