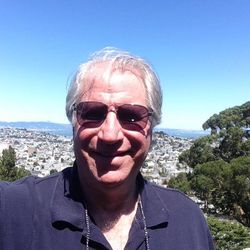 Drapkin is a graduate of the Eastman School of Music where he studied with Stanley Hasty, toured Japan with the Eastman Wind Ensemble under Donald Hunsberger, and played principal clarinet in the Eastman Philharmonia under David Effron. He also studied clarinet with Gary Gray, Charles Bay and Harold Wright; klezmer with Sid Beckerman. He is currently a Ph.D. candidate/researcher at the University of Leiden in the Netherlands where he is working remotely on his dissertation Restructuring Classical Music.

Drapkin founded and presented the Brevard Conference on Music Entrepreneurship for two summers at the Brevard Music Festival in North Carolina. He has delivered keynote speeches, lectures and master classes across the U.S. including Eastman, Juilliard, Northwestern and the California Institute for the Arts. Drapkin served as a member of the Board of directors of the Brooklyn Philharmonic Orchestra. Drapkin developed his own band Yiddish Cowboys in Austin, Texas. He featured them in the Classical Crossover showcase he ran for South by Southwest in 2010 and 2011, where he brought bands from around the world that are classically trained and have crossed over to the mainstream and brought their virtuosity with them.