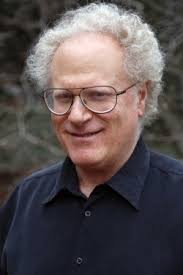 Micah Levy (b. 1953, California) is an American conductor, hornist and composer.

Dr. Levy began his musical career at an early age. He played French horn, and entered a number of competitions while still in high school. He studied composition with Ricardo Lorenz at Michigan State University (DMA), Oscar Bettison at Peabody Conservatory (MM) and Judah Adashi at Peabody Preparatory. As a student at the HighScore New Music Festival in Pavia, Italy, I worked with Paul Moravec and Christopher Theophanides. While a student at Peabody Conservatory I also received an MM in theory pedagogy. Prior to discovering my passion for composition I was a professional conductor and hornist. I received my MM in orchestral conducting from New England Conservatory and my BM in horn performance from California State University, Fullerton.

He was music director and conductor of the Orange County Chamber Orchestra for 11 seasons. He also guest conducted in Europe and the United States.

My compositions have been performed throughout the United States by orchestras such as the Dallas Symphony, San Diego Symphony, Utah Symphony, Fort Worth Symphony and Hartford Symphony as well as concert bands of Michigan State University, California State University, Fullerton and the Alabama Materiel Army Band. My choral music has been performed on both sides of the continent; my chamber music has been performed in the U.S. as well as in Europe. I have been honored to have many commissions from ensembles in the United States.

In addition to composing I am a college professor. In January, 2017 I will be the visiting assistant professor of music at Washington College, teaching music theory II & IV, introduction to music as well as studio composition. For the last year I have enjoyed teaching at the College Of Southern Maryland in La Plata, Maryland.