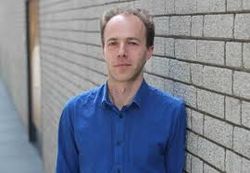 Matthew Brown (b. 1985, Canterbury, England) is a British composer and violist.

Mr. Brown learned to play the violin at the age of six, and began composing aged nine. Having completed his course at Thanet College, Matthew then began to study for a music degree at Canterbury Christ Church University, focusing on composition under Roderick Watkins. During his studies, he composed for many ensembles, including his debut for wind orchestra, Encomium, which was performed in Canterbury Cathedral.

Matthew went on to study a Master of Music in Composition degree (completed in 2013) at the Royal Northern College of Music under Adam Gorb and Paul Patterson, having been awarded a scholarship by the Richard Newitt and Radcliffe trusts.

A keen violist, Matthew regularly composes for the instrument and other string chamber ensembles. He also an orchestral work, Beverley Meadow, for a Young Composer Workshop with the City of Rochester Symphony Orchestra.

Matthew began a Ph.D. in composition at RNCM in 2017, focusing on wind orchestra composition, with Adam Gorb and Paul Patterson as his supervisors. Since beginning his studies, he composed a Serenade for the Whittlesey Concert Band, which they performed in 2018. Most recently, Matthew wrote Coast for wind ensemble, which was performed by members of the BBC Philharmonic Orchestra. He also wrote Masquerade for players from RNCM and Manchester Camerata.