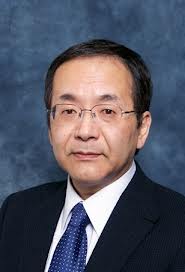 Yabe played in a band of fire [sic] in Yokohama City, after completing the Kaijou Zushi High School. He then played the flute in the Japanese Air Self-Defense Force Band. During the time he was an officer, he studied at Takanobu Saito composition . He also studied with flute with Soichi Minegishi at Goro Natori composition and Yasutoshi Inamori operation for wind band.

In 1981 he won a prize at the Sasagawa composition contest with a march. In 1984 he also won a prize in the same competition with his march Marine Lady. As a composer he wrote especially for wind band.