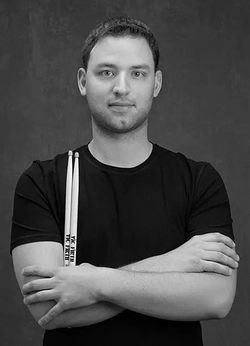 Martin Scharnagl (b. 4 January 1988, Lienz, Austria) is an Austrian composer, arranger, and percussionist.

Martin Scharnagl received his first drum lessons with Walter Graf at the Music School St. Johann in Tirol. After completing compulsory school he moved on to the Musikgymnasium Innsbruck, a music-oriented high school in Innsbruck, and graduated with the general qualification for university entrance. He then completed his studies of music and pedagogy (IGP percussion) under the mentorship of Norbert Rabanser and Magister Gunnar Fras at the Conservatory and the Mozarteum in Innsbruck (graduated 2012 with distinction). During the course of his studies he received numerous awards in the competition Prima La Musica on a federal level. In 2008 and 2009 he studied wind orchestra management at the Mozarteum Innsbruck with Edgar Seipenbusch.

Mr. Scharnagl gained concert experience with various groups, including the wind ensemble Bläserphilharmonie Tirol, the Junge Philharmonie Tirol, the orchestra and choir of the Musikgymnasium Innsbruck, the Ensemble Windkraft, the percussion group Sticks on Fire, and of course with his brass band, Viera Blech. His concert tours have taken him through all of Europe, including Austria, Germany, Switzerland, Italy, France, the Netherlands, Belgium, Luxembourg, Denmark, and Sweden.

In addition to his activities as a drum teacher at the National Music School of Brixental (Tirol, Austria), Mr. Scharnagl is a very successful composer and arranger for wind orchestras and various small ensembles and has received numerous composition assignments. His compositions and arrangements are performed in many European countries and have been recorded numerous times on records and/or CDs. He is frequently invited as a speaker, conductor or juror to various music week festivals, workshops and competitions at home and abroad. Since 2014 he has been the conductor of the music band Musikkapelle Kössen in Tirol, Austria.

Martin Scharnagl is the head and a founding member of the brass band Viera Blech, which has developed a distinctive and unique style through his compositions and arrangements.