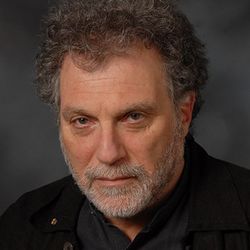 Bresnick grew up in the Bronx, and is a graduate of New York City's specialized High School of Music and Art. He was educated at the University of Hartford (B.A. '67), Stanford University (M.A. '68, D.M.A. '72), and the Akademie für Musik, Vienna ('69-'70), and studied composition with John Chowning, György Ligeti and Gottfried von Einem. He went on to teach at the San Francisco Conservatory of Music, Stanford University and the Yale School of Music.

As a professor at Yale, Dr. Bresnick has been a widely influential teacher of contemporary composition. In 2006, he was elected to the membership of the American Academy of Arts and Letters, an organization that bestowed their first Charles Ives Living Award on him in 1998. Bresnick's work has also earned him many prizes over the years, including a Fulbright Fellowship, the Rome Prize, two National Endowment of the Arts grants and an Ancona Prize for his 1979 composition Conspiracies.

As a composer for films, he has contributed many scores for documentary films, including Arthur and Lillie (1975) and The Day After Trinity (1980), both of which were nominated for Academy Awards. He also composed the score for the award-winning PBS-broadcast documentary Muhammad: Legacy of a Prophet.