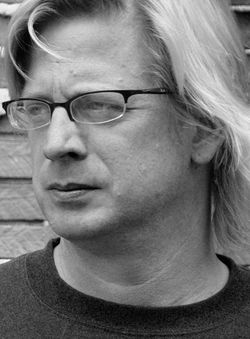 Mark Zanter is an American composer, electric guitarist, and educator.

Dr. Zanter completed his A. Mus. D. in composition at the University of Illinois where he studied with Salvatore Martirano, William Brooks, Paul Martin Zonn, and Erik Lund.

Zanter has received commissions from the UIUC Creative Music Orchestra, CU Symphony, the American Composers Forum, and many others. He has appeared as a composer and performer on NPR’s Live at the Landmark, WILL, IPR, Second Sunday concerts, and his works have been performed nationally and internationally at festivals including MUSIC X, June in Buffalo, Soundscape (Maccagno, Italy), and 1o Festival Internacional de Música Contemporanea de Goiania (Goiania, Brasil).

He is the recipient of grants/awards from The American Society of Composers and Publishers (ASCAP), The American Music Center (AMC), and WV Music Teachers Association, and his work for string orchestra, Lament and Dream received Special Distinction in the ASCAP Rudolph Nissim Prize.

Dr. Zanter is coordinator of music theory and composition; and distinguished artist and scholar at Marshall University, Huntington, WV. His research interests include algorithmic composition, structural models for improvisation, and Conduction® the music of Butch Morris.