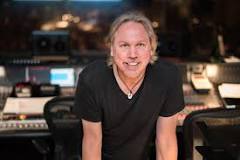 Mancina spent his childhood in Culver City, then Huntington Beach, California. Commencing his musical training at a very early age, he has performed all his life as a singer, guitarist and pianist. After studying composition and performance as a classical guitar major at Cal State Fullerton, Mancina has worked primarily as a composer for Hollywood soundtrack

His film and television scores frequently feature Mancina's own performances on piano, guitar, bass, percussion, and drums, highlighting unique sounds harvested from a personal collection of traditional, exotic, and custom instruments from all over the world.

He arranged many of the songs behind Disney's The Lion King (while Hans Zimmer wrote the orchestral score) including the Broadway musical. He composed the score for the thriller Twister (1996) and the action films Speed (1994) and Bad Boys (1995). Mancina co-wrote several songs for Hanna-Barbera's 1990 animated film Jetsons: The Movie.

Mancina has contributed to a number of progressive rock projects. He toured with Rabin in support of Can't Look Away and went on to produce tracks on the Yes album Union. He has also worked with Emerson, Lake & Palmer.