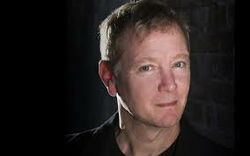 Mark Adamo (b. 1962, Philadelphia, Penn.) is an American composer, librettist and educator.

While he has composed the symphonic cantata Late Victorians, Four Angels: Concerto for Harp and Orchestra, and six substantial choral works, the composer's principal work has been for the opera house: the composer and librettist of the highly regarded Little Women, he served as composer-in-residence for New York City Opera from 2001 to 2006, and the company gave the East Coast premiere of his opera Lysistrata, or The Nude Goddess, in March–April 2006.

The San Francisco Opera premiered Adamo's opera The Gospel of Mary Magdalene, which, in the composers' words, "draws on the Canonical Gospels, the Gnostic Gospels, and fifty years of scholarship to reimagine the New Testament through the eyes of its lone substantial female character," in 2013.

At New York City Opera, he curated the contemporary opera workshop series VOX: Showcasing American Composers. Adamo served as master artist at the Atlantic Center for the Arts in May 2003. His criticism and interviews have appeared in The Washington Post, Stagebill, Opera News, The Star-Ledger, and The New Grove Dictionary of Music and Musicians; the journal on his self-titled website was named among the Best Music Blogs by Arts Journal in January 2008.

Adamo is professor of music composition at New York University's Steinhardt School of Culture, Education, and Human Development. He is married to composer John Corigliano.