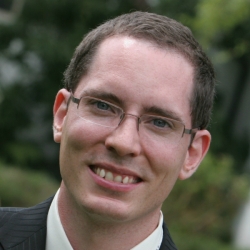 Marco Bürki (b. 26 October 1977, Switzerland) is a Swiss composer and businessman.

Bürki studied wind orchestral conducting at the Berne conservatory. He also followed courses in composition with Urs Peter Scheider and conducting under the direction of Toshiyuki Shimada and Andreas Spörri.

His first grand scale work, Scenes of Max and Moritz, gained a second place in the composition contest in Lucerne organized by the World Association for Symphonic Bands and Ensembles ( WASBE). During the Flicorno d`Oro junior contest (Italy), Indian Fire was awarded a special prize in acknowledgement of its originality.

Mario Bürki is regularly commissioned to write for wind and brass band. Two of his works (Cap Hoorn and 1405 : Der Brand von Bern) were premiered at the Mid-Europe Conference in Schladming and several have been chosen as set test pieces for contests. Alongside his composing he conducts various Wind Bands and teaches trumpet and theory. Mario himself plays the trumpet, the piano and the organ.

In 1998, he was name director of the Ostermundigen Music Publishing firm.