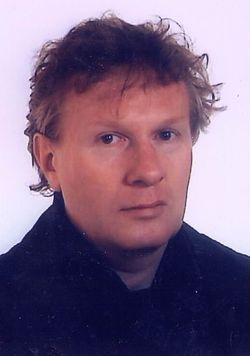 Delft began to compose when he was about 10 years old. In his youth, several works were played by youth-orchestras. His first serious and great piece was his first symphony, opus 1, which he composed under the guidance of his teacher Peter Schat (‘79-’80). The first part was performed by the Dutch Ballet Orchestra in 1981 and got very good reviews by the press. In this work, Marc van Delft used the 12-tone-technique of Arnold Schoenberg and Peter Schat. The music was expressionistic and had a Late-Romantic character, like Alban Berg, for example.

In 1982 the National Youth Orchestra played the Ouverture opus 5, the four Temperaments. In this piece, Marc van Delft used for the first time an orchestration style like for example Maurice Ravel's Daphnis, or Ottorino Respighi, etc.

Influence of Ligeti was to be found in a piece called ‘Metamorphosen’ opus 4, which was performed by the Dutch Chamber Choir in 1992.

In the years 1990-92 The Orchestra Variations opus 18 (‘89) were performed by Con Brio, and was the last work in which van Delft used the 12-tone-technique / atonality.

Furthermore, Marc van Delft composed music for ensembles, chamber and choir music, and a mass for choir, orchestra and soloists, which were performed during the years 1982-2000. He also wrote music for television and played his own piano recitals.

In 1985, van Delft began to compose for wind orchestras. Many works were written and several works were played at the World Music Contest at Kerkrade. Van Delft did compose many works for symphonic band, simple works, like chorals or andantes, but also very difficult pieces on the highest difficulty grade. The Royal Military Band (The Hague, conductor Pierre Kuypers), did put the Ragtime-suite opus 17 on a CD .

Jouke Hoekstra played in 1993 the Oriental Rhapsody with the Stedelijk Harmonie orchestra from Sneek at a contest in Trier (Germany). The orchestra did win the first prize on this occasion.

The best and most original work is probably Movements, played in 2004 by the symphonic band of Beek and Donk on a contest in Venlo.