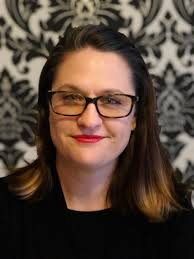 MacFarlane's Lantern is a lively Grade 3+ jig for concert band. This was commissioned by Euell Hanna for the Verdigris High School Band of Verdigris, Okla.

Clan MacFarlane is a Highland Scottish clan. Descended from the medieval earls of Lennox, the MacFarlanes occupied a portion of the western shore of Loch Lomond. For much of their history, the Macfarlane clansmen were a turbulent lot. In 1589 some MacFarlane clansmen caught Sir Humphrey Colquhoun of Luss having an affair with their then chief's wife. They hunted him down and set fire to his castle. By an act passed in 1594, they were denounced as being in the habit of committing theft, robbery, and oppression.

In 1624 many MacFarlane clansmen were convicted of armed robbery. Their rallying cry, "Loch Sloy", signaled many a night raid to "collect" cattle from their richer neighbors to the south and east. They were so skilled at this “collecting” that the full moon that shines so bright over the Scottish Highlands is still known as "MacFarlane's Lantern".

This five-part adaptable wind ensemble and percussion arrangement of the full concert band score can be performed with as few as five wind players (the percussion audio files should be included in this score as digital downloads or flash drive if you purchased a hard copy). You may change the part assignments as you believe best fits your ensemble.

This work is based on the structure and style of a traditional Scottish reel and jig. This should be performed between 112 and 124. Except for a slight ritard in measure 4 and an a tempo following at measure 5, the beat should remain consistent throughout.

If double reeds are not present, please substitute with muted brass parts as notated in the score. The snare drum should be a prominent voice throughout to represent the dance steps of both the reel and jig. The bodhran or celtic hand drum should be played with a double-headed mallet. If a hand drum is not available, a dampened 8”-12” tom can be used in its place, although this does not provide the intended sound of the traditional bodhran.