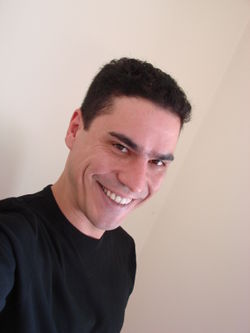 Luís Cardoso (born 1974 in Fermentelos) is an Portuguese composer. He is currently Headmaster of the Bairrada School of Arts, Literature Seminar instructor at Aveiro University. Was saxophonist at National Guard Symphonic Band between 1992 and 1999, soloist and / or guest with several music groups of different styles (Classical / Classical, pop / rock, light jazz, popular). He was artistic director and conductor of the Banda Marcial de Fermentelos between 2000 and 2007 and is since 2010 conductor of the Orquestra Filarmónica 12 Abril. Often participates in seminars and conferences about Bands. In 2002 won the Grand Prix National Composition for Band, and the 2006 Composition Award City of Aveiro. It was one of three finalists of “Harvey G. Phillips Awards for Excellence in Composition “category Solo Tuba, Euphonium Tuba by International Association (USA) 2010. Have made about 650 works as an arranger and 50 original works, most of them for wind band.