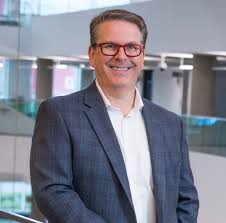 Subtitle: A Musical Tale of the Loch Ness Monster

Around the time I began thinking about this piece my wife had returned from a trip to Great Britain. While there she had bought a cute little book for our children about the Loch Ness Monster. It was in this book that I found the Gaelic name Loch na Beiste, which means Lake of the Monster. Loch na Beiste is loosely based on the story found in that children's book. The book begins by explaining how, at one time, there had been two land masses that came together to form Scotland. At the point where the two pieces of land met there was a gap which created the loch (lake) and also trapped a monster. The book then goes on to describe the various times in history that "Nessie" has been seen and chased. Since the first documented sightings in 565 AD "Nessie" has been pursued with greater and greater vigilance.

Loch na Beiste is divided into two sections. The first represents the coming together of Scotland and the trapping of the monster. and the second represents the life of "Nessie" beginning peacefully and then becoming more and more frantic as people try, in vain, to catch her.