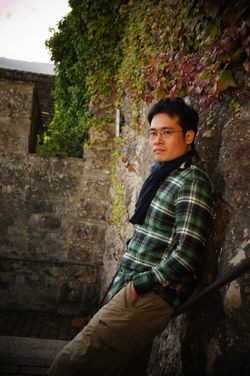 LinChang (b. 1979, Guangzhou China) is a Chinese composer and educator.

Dr. LinChang received his doctorate of composition from Central Conservatory of Music in China under Professor Wu Yuebei’s guidance for algorithm composition of spectral music in 2014. He is associate professor of Modern Music Department in Xinghai Conservatory of Music, composition master’s supervisor, as a major course teacher. He has been teaching composition, electronic music production, film scoring and Jazz piano since 2004. He also had charge of orchestration, contemporary harmonic and jazz ensemble.

Beyond the teaching in conservatory, he was invited to act as the honorary headmaster of Zhuhai Contemporary Music Institute. In 2016, he was elected to be the chairman of Guangzhou Youth Modern Music Association.

Since April 2019, LinChang has been doing research and composing in The Hartt School of University of Hartford as temporary staff and consultant funded by abroad visiting scholar program.