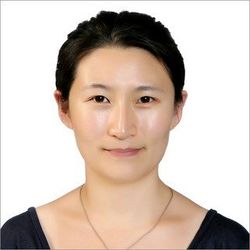 Li Chan graduated from the Composition Department of the Central Conservatory of Music under the tutelage of composer Professor Du Mingxin. In 2006, she entered the creative room of the Chinese People’s Liberation Army Band as a composer. She is now a national third-level composer.

Li has made many arrangements of national ceremonial music with high quality and has been recognized. She has composed the woodwind quintet Five Folkways (2006), and the brass quintet Concert Suite (2006). The songs Forge Forward and Nocturne at the Outpost were well received by the officers and soldiers.

In 2011, Li created symphonic wind music Journey and won the third prize of the First National Wind Music Competition. In 2013, the work Border Moon (a brass quintet and band) won the third prize of the 10th Military Art Performance. In 2016, she wrote the symphony The Little Hand Getting Cold (memorial to the 80th anniversary of the Nanjing Massacre). In 2017, Midu Folk Songs won the third prize in the education category of the World Wind Music Association WASBE International Composition Competition. Adapted from Nie Er's work Golden Snake Dance for symphonic wind. In 2018, she composed three wind marches.

- Biography rendered from the original Chinese through Google Translate