Legend of Maracaibo, The 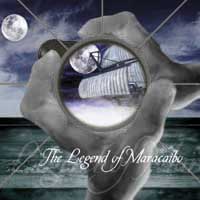 The Legend of Maracaibo CD Cover

The legend of Santo Cristo de Maracaibo began nearly 308 years. This beautiful galleon came to America with other ships in a fleet commanded by Admiral and General Manuel de Velasco y Tejada to the Ria de Vigo (Spain). His French escort had recommended be protected at the approach of an enemy fleet from England and the United Provinces (germ of the present Netherlands). They had "smelled" the colonial silver and gold that filled the bowels of the ships were on the prowl. The two fleets engaged in combat on November 5, 1702, just after the close of Rande which gave name to the battle. He also served for Julio Verne located on the Galician coast in supplying gold Nautilus in 20,000 Leagues Under the Sea. The fight was decanted early English and Dutch side, which caused 4,000 dead and wounded French and Spanish. The troops of Admiral George Rooke and Philips will Almonde were left with almost all the treasure (some could be saved before). The victors divided the load between the healthy and boats filled the Holy Christ, as was the galleon with greater capacity. However, ignorance of the area by the master caused parts at low tide, but the ship could not go back and plunged full of riches.