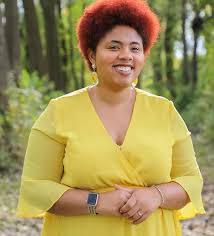 Lawren Brianna Ware (b. 1994, Alabama) is an American composer, pianist, violinist and student.

At an early age, Ms. Ware realized how much music could affect a person emotionally. When going to the movie theater, she began to focus more on the film's soundtrack than on the movie itself. She wanted to create her own music that would touch others and tell a story. So, beginning at age 12, she began composing her own music. She began with solo piano works. She entered the AFMC (Arkansas Federation of Music Clubs) composition competition and won first place in her age division. She continued composing, branching out into the areas of string orchestra music, choral music, band music, and full orchestral writing. She again entered the AFMC Composition competition a few years later and again won in her age division.

In May of 2016, Ms. Ware received her B.M.F. in piano performance and pedagogy from Samford University (Birmingham, Ala.), and in May of 2018, she graduated from University of Wisconsin-Madison with her master's degree in piano performance, having studied with Jessica Johnson, Martha Fischer, Laura Schwendinger (composition), and Johannes Wallmann (jazz piano/composition). She is now [2020] a DMA candidate at UW-Madison.

At Samford University, Brianna continued to compose. In 2015, her work The Sorrow and Rage of a Demigod was runner-up in the Sybarite5 New Music Idol Composition competition. In October of 2016, Brianna was named a winner in the Birmingham Arts Music Alliance Amernet String Quartet call for scores.