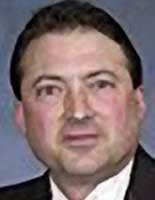 Dr. Stukenholtz was educated first at Wichita State University and then completed his Master of Music and Doctor of Musical Arts degrees at the University of Michigan in 1983 and 1989, respectively.

Stukenholtz held a position at Cerritos College in Norwalk, and served as director of music at St. Juliana Falconieri in Fullerton, Calif., St. Louis Community College at Meramec in St. Louis, Mo., as a choir director, and as a teacher at Mater Dei High School Santa Ana, Calif. Stukenholtz served as a delegate to the Second International Congress for Church Choir directors in Rome. He received a Charles Ives Scholarship in 1984, granted by the academy of arts and letters and funded by charitable contributions of Mr. Ives’ widow, on behalf of the late composer’s estate.