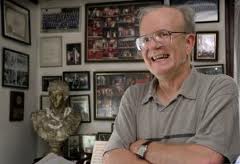 Daehn has composed With Quiet Courage, in memory of his mother, and As Summer Was Just Beginning. An avid admirer of Percy Aldridge Grainger, he has written several arrangements of that composer's melodies and an article on the Grainger Museum. He was the owner of Daehn Publications until his retirement.