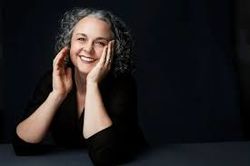 The title of this work is intentionally written in lower case.

In September 2018, as protesters from Nicaragua's Carazo region prepared to march against the increasingly dictatorial Ortega government, my tios (my aunt and uncle) wrote us with pictures of blockades and descriptions of the armed forces that awaited protesters. A world away, I responded by recording and posting a verse of Carlos Mejia Godoy's Nicaragua, Nicaraguita, a song that has become as clear a symbol of the resistance as the blue and white Nicaraguan flag. It was a cry into the abyss, but, to my surprise, it actually landed with dear ones and their friends in Nicaragua who wrote that they felt our family standing with them. From this urgent sense of reaching across distance through music grew la flor mas linda, written for Glen Adsit, Edward Cumming, and the Foot in the Door Ensemble.

With arms outstretched through sound, sonic images I associate with Nicaragua are slammed together: the basilica bells that toll freely during the Festival of San Sebastián; the pito and chischiles of the dance of the Toro Huaco, for which stand in flute and maracas; the firecrackers that announce celebration; scalar gestures that conjure the strong wind that blows through Diriamba, my mother's home town; fragments from Los Amores de Abraham, a tune my grandfather and his brothers played in their ensemble Marimba Diriangen; and a single gesture from Godoy's Nicaragua, Nicaraguita. Despite an impulse to center on vibrant imagery, celebratory sound mutates into the sinister, and song becomes lament. Estamos con la gente de Nicaragua, siempre. Viva Nicaragua libre.

- Program Note by composer for Foot in the Door Ensemble concert program, 22 February 2019