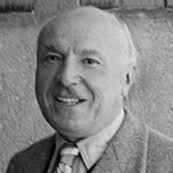 Charles Borel-Clerc composed this piece from melodies developed by Ramón Estellés from the notes of a score by Carlos Gomes, with the melody of the pasodoble La Giralda by Eduardo López Juarranz that he heard when he was in Spain in 1905. The subtitle on the sheet music states Célèbre Marche Sur les motifs Populaire Espagnole. La Sorella means "the sister" in Italian.

This song was published in 1905 by Borel-Clerc, as La Mattchiche (La Maxixe"), a popular French cafe song, popularized by Félix Mayol. The mattchiche is a Brazilian folk dance, first performed there in 1875.

The song has appeared in many forms through the years, and has been performed in American versions (Choo'n gum), by Teresa Brewer, The Andrews Sisters, Dean Martin, and others. The tune also found its way into Victor Young's brilliant soundtrack to the 1956 film Around the World In 80 Days.

Of recent particular historical note, focus was brought to bear on this song in August of 2013. A little over a century after the tragic sinking of the Titanic, historians repaired a strange little toy pig that survived the infamous wreck. The curious pig was repaired following an appearance in a National Maritime Museum exhibition meant to commemorate the 100th anniversary of the disaster. According to the museum, the pig originally belonged to a wealthy 32-year-old American passenger named Edith Rosenbaum. In 1970, five years before her death, the then-90-year-old Russell told the BBC how she stubbornly refused to leave the "unsinkable ship" and evacuated only after a fed-up sailor threw her beloved toy into a lifeboat. For the next six hours, Russell used the odd possession to soothe her packed lifeboat's many terrified children. Russell said "I believe I'll play music and maybe the children would be diverted. And the poor children were so interested, most of them stopped crying."

By the time the pig reached the National Maritime Museum, it had long since stopped working. Experts eventually figured out a way to access the music box mechanism without damaging the pig. "The tune came out beautifully," museum curator Rory McEvoy told The Telegraph. "It was quite unbelievable and very emotive. There are a few notes missing, because a couple of the comb teeth are adrift, but otherwise, the song was as clear as it ever was. Listening to it for the first time had a powerful impact."

The origins of melodies contained in La Sorella are with Spanish zarzuelas of the late 1800s/ (The zarzuela, something of a Spanish version of an American musical, is a genre fo a musical and dramatic production which includes both spoken work and sung music.) La Sorella is though to be a Spanish dance tune, possibly composed by P. Badia, around 1870. Badia set the melodies to the style of the maxixa (also known as machicha), a precursor of the samba. Not tremendously famous in hits earliest incarnations, the tune was heard by Félix Mayol, a popular French singer and entertainer, about 1905. Mayol contacted French composer Charles Louis Raymond Francois Clerc (1879-1959) to compose a song based on La Mattchiche (the French spelling of the Spanish "maxixa"), using the tune heard by Marol. The song, performed by Mayol, and entitled La Sorella became an immediate and immense hit, eclipsing any previous work by both composer and performance, thanks in large part to an exciting and emerging technology of the time, the phonograph. Presented by many famous singers (including a young Maurice Chevalier), La Mattchiche became known worldwide as a song indigenous to France – despite the fact that its true origins were from the distinct characteristic melodies and rhythms of the Spanish zarzuela.

The song was arranged for virtually all formats of voices and instruments, including military band; and the song made a splash in America as well, where the earliest edition for band was produced in 1906. A later American band edition presenting La Sorella as a march further cemented the music's perceived origin as French. Despite various subtitles on print editions identifying the work as being based on Spanish airs, the Americanized versions were universally presented as a delicate French dance. While the lyrics have long been forgotten, the melodies continue to evoke images for many of busy Paris streets and other sights and sounds of France. A portion was used in the 1954 film Sabrina during a scene establishing Audrey Hepburn's presence in a Paris culinary school.

La Sorella is truly an "international" march. The Italian title means "the sister;" it is a march on Spanish themes; the composer was French; and a 1906 American edition at the Library of Congress states that this "latest Parisian march craze" is a Brazilian dance, La Tortille, based on motives of the celebrated song Ma Peau d'Espagne (My Skin of Spain)! In addition, to La Sorella and La Mattchiche (or Matchiche), the song is sometimes titled La Maxixe or Polo. In The Book of World-Famous Music the parody words to the leasing melody are: "My ma gave me a nickle, to buy a pickle; I didn't buy a pickle, I bought some chewing-gum."

The march became popular rather quickly in the United States. The Sousa Band recorded La Sorella in 1906, possibly as a result of its fourth tour to Europe in 1905; it was published in France the same year.