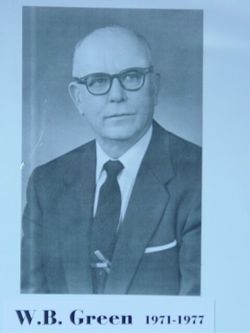 The march was following the death of Green's infant daughter. He thought he was titling it "the little red-head," but there is no Spanish work "roquina." The work has been out of print for many years and has become an obscure treasure that I now seldom performed.

La Roquina received its premier performance by the Aurelia High School Band at the Iowa Bandmasters Convention of 1961.