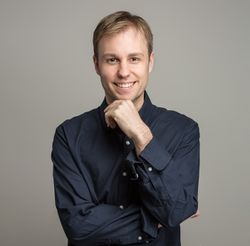 La Rêve is an introspective piece inspired by various artist impressions of dreams, such as the Rousseau shown on the previous page. Rousseau's painting does not capture the exact spirit of this piece, as the jungle setting is a very overt feature of the Rousseau, while my La Rêve contains only hints of the exotic. Rather, the imagery provided a point of departure and from there the music, as always, exerted its own unassuageable will over its creation.