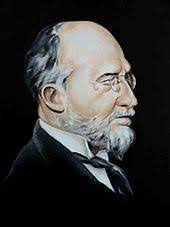 French composer Erik Satie (1866-1925) is famous for his piano compositions such as Gymnopedies and Gnossiennes. Perhaps his most enduring work is Je te veux and similar music composed for cafe concert. Satie was a respected figure in the early 20th-century Parisian avant-garde. His work was a precursor to subsequent musical advances in minimalism, surrealism, repetitive music, and the Theatre of the Absurd. He was highly respected by many major composers, including Ravel and Debussy.

La Belle Excentrique was written as a dance suite for small orchestra. It was conceived as a choreographic stage work and by modern standards can be considered a ballet. It premiered in June 1920 and the main dancer was called “La Belle Excentrique” even after the event was over. Satie later adapted it to four-hand piano duet.

Satie gave it the whimsical subtitle Fantaisie Serieuse (A Serious Fantasy) and it consists of four movements:

Ritornello is a recurring passage in Baroque music. Satie evidently intended it as a recurring interlude between dances to allow for costume change. But it also makes an effective introduction and is commonly performed as such, especially in recordings.

Satie relies on his unique harmony and chord progressions. It might be a little difficult to blend, balance, and match but still be confident in sound production and enjoy the eccentric colors. Close attention should be paid to not let accompaniment parts overpower melodies.

The original transcription was commissioned by Izumi Junior High School Band, Ome, Tokyo, in 2009. It was then rearranged to woodwind flexible ensemble in 2014.