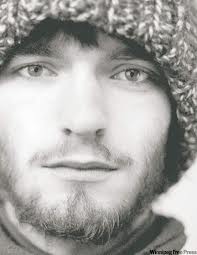 Kjartan "Kjarri" Sveinsson (b. 2 January 1978) is former keyboardist for the Icelandic post-rock band Sigur Rós. He joined the band in 1998. Being something of a multi-instrumentalist, he has also played such instruments as the flute, tin whistle, oboe and even the banjo, as well as many of the unorthodox instruments that contribute to Sigur Rós's distinctive sound. He also plays the guitar.

Kjartan also composed scores for the 2005 Academy Award nominated short film Síðasti bærinn (The Last Farm), for award winning director Ramin Bahrani's 2009 short film Plastic Bag which features the narration of legendary filmmaker Werner Herzog, and for the 2009 film Ondine directed by Neil Jordan. Kjartan also contributes to Sigur Rós's orchestral and string arrangements, along with the group Amiina. He is also featured heavily on The Album Leaf's album, In a Safe Place, playing a wide variety of instruments.

Kjartan is a member of the advisory board for Kraumur Music Fund, which aims to "strengthen Icelandic musical life, primarily by supporting young musicians in performing and presenting their works."