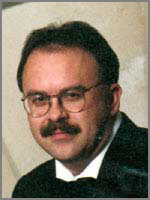 Kaisershot was the son of parents who were both active in music. He began to study piano with his mother when he was only three and a half years old, and his father taught him cornet when he was eight. Kevin began his schooling in Lincoln, Nebraska, where his father was a professor of business at the University of Nebraska. When his father received his Ph.D. degree, the family moved to Bloomington-Normal, Illinois.

Kaisershot graduated with music honors from Normal Community High School in 1975 and began studies at the University of Nebraska-Lincoln, graduating with a Bachelor of Music Education degree in 1980. He taught for a brief period in Kankakee (Illinois) schools but soon entered graduate school at Illinois State University, where he received a Masters of Music in Trumpet Performance degree in 1984.

After completing his graduate work, Kaisershot became band director at Aurora (Illinois) East High School and joined the music faculty of North Central College as trumpet instructor in 1990. He performs as principal trumpet with the Fox Valley Symphony Orchestra and the Sans Nom Brass Quintet in Aurora, and also maintains a busy solo performance schedule in the Fox Valley area.

In addition to his works for band, Kaisershot has composed vocal, orchestral and chamber music. He also is noted as an arranger of music for trumpet ensembles.