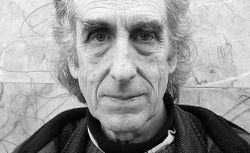 Hvoslef is the son of composer Harald Sæverud. He studied viola and organ at the Bergen Music Conservatory (now a part of Grieg Academy), graduating in 1962. He furthered his studies in Stockholm with Karl-Birger Blomdahl and Ingvar Lidholm, then in London with Thomas Rajna and Henri Lazarof. He taught music theory and ear training at the Bergen Music Conservatory (1963–1979).

Hvoslef had his debut as a composer in 1964 with the Concertino for Piano and Orchestra. He has composed works for the stage including the opera Barabbas, for orchestra including the symphonic poem Mi-Fi-Li, chamber music, compositions for piano and organ, vocal music, as well as scores for television and film.