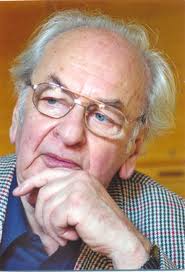 Kamilló Lendvay (born 28 December 1928, Budapest - ) studied composition with János Viski and conducting with László Somogyi at the Academy of Music, Budapest. From 1957 he worked with the Szeged Opera as conductor, répétiteur and choirmaster, and at that time became closely involved in vocal music. 1960 saw the first performance of his Concertino for piano, wind orchestra, percussion and harp, an outstanding contribution to the Hungarian concerto literature of the 1950s. From 1960 to 1966 he was director of the State Puppet Theatre; from 1966 to 1968 he was musical director of the Artistic Ensemble of the Hungarian Army, and from 1970 to 1974 he worked as conductor and then as artistic director at the Operetta Theatre, Budapest. From 1962 he was a lector for Hungarian Radio, and from 1974 taught at the Academy of Music, later becoming head of the theory of music section. An excellent pianist, he has performed in many European countries as soloist in his own Concertino.

He composed two operas, commissioned by Hungarian Television: a one-act opera entitled A bűvös szék (The magic chair) in 1972, and A tisztességtudó utcalány (The respectful prostitute) in 1978, based on the play La putain respectueuse by Jean-Paul Sartre. Both were given stage performances, in Görlitz and in Paris. In addition to his operas, oratorios, cantatas, symphonies, concertos, chamber works and solo pieces, he has also composed a considerable number of pieces for concert band.

In recognition of his work the Hungarian state awarded him the Erkel Prize in 1962, 1964 and 1978; in 1981 the title of Artist of Merit was conferred on him, and in 1996 that of Kiváló Művész Outstanding Artist; in 1998 he received the highest artistic award, the Kossuth Prize. He has twice been honoured with the Bartók-Pásztory Prize. He has received commissions from Switzerland, Austria and Germany, and from Hungarian Radio. In 1975 his Pezzo concertato for cello and orchestra won a prize at an international competition for composers in Trieste. The recording by Hungaroton of his opera A tisztességtudó utcalány won the Grand Prix International du Disque Lirique.