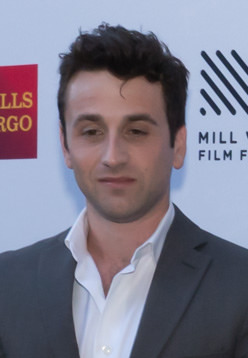 Justin Hurwitz (b. 22 January 1985, Los Angeles, Calif.) is an American film composer and a television writer.

Hurwitz grew up in Wisconsin. After attending Harvard College, he moved to Los Angeles where he wrote comedy for the sitcom The League and one episode of The Simpsons. Thanks to the success of the college film Guy and Madeline, he and collaborator Damien Chazelle were able to obtain financing for their next collaboration, the 2014 film Whiplash – with Hurwitz scoring the film and Chazelle writing and directing. Whiplash won three Oscars. Hurwitz also scored Chazelle's 2016 film La La Land, for which Chazelle won the Oscar for Best Director and Hurwitz won two Oscars for Best Original Score and Best Original Song.