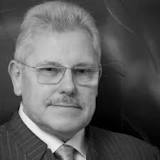 Juris Karlsons (b. 19 August 1948, Riga, Latvia) is a Latvian composer and educator.

Karlsons studied at the Riga High School of Choreography. From 1963 to 1967, he continued his studies at the Theory Division of the Emīls Dārziņš Music College. Afterwards he enrolled at the Latvian State Conservatory (in the composition class of Jānis Ivanovs) and graduated from it in 1972.

From 1968 until 1975, he worked as a sound editor at Latvian Radio and Television. From 1975 until 1982 he was the chief sound engineer at the Rainis Dailes Theatre. As of 1974, Karlsons has been teaching at the Jāzeps Vītols Latvian State Conservatory. In 1990, Karlsons became the rector of the Jāzeps Vītols Latvian Academy of Music (at that time still the Conservatory), and continued his responsibilities after being elected to this position for a second time in 2002. From 2000 to 2004 Karlsons was the head of the composition department at the Academy of Music.

Juris Karlsons is a member of the Latvian Composers’ Union; from 1989 to 1993 he was the chairman of the Union. In 1984, Karlsons was awarded the Jānis Ivanovs Award (the composer completed and arranged for orchestra Jānis Ivanovs’s 21st Symphony), in turn in 1989 he was given the title of Honoured Artist. In 1998, Karlsons was given the highest award of the Latvian Republic – the Three Star Order (Third Level). For his music for the ballet Sidraba šķidrauts (The Silver Veil) in 2000 Karlsons was given the Latvian Great Music Award. In 2004, for his distinguished contribution to Latvian culture and to the development of the Jāzeps Vītols Latvian Academy of Music, he received an honorary Doctor title (Dr. honoris causa), and, in 2005, for his services for the development of cooperation between Poland and Latvia, he received the Poland State Award.

The musical work of Juris Karlsons earns attention because of its vivid and interesting stylistic resolutions, and with the original synthesis of many different 20th century compositional techniques. His ballets, music for the theatre, expansive vocal symphonic and symphonic compositions are often dominated by many different genres and their characteristic expression by means of colouristic contrasts. A rich use of rhythmic expression, masterfully polished textures and many different interesting timbral developments are characteristic of such Juris Karlsons’ symphonic works as the Symphony, Concerto No. 1 for Piano and Chamber Orchestra, Concerto No. 2 for Piano and Symphony Orchestra, and the Symphony Concerto for Two Pianos and Orchestra. The composer’s inherent disposition to a deeply inner contrast and revelation of dramatic conflict is clearly felt in his symphonic compositions.

There is sometimes even the paradoxical change from the original image to its own opposite. This trend towards the epic genre image is represented in his expansive choir compositions, where significant attention is given to timbre and textures of many different types, a spatial model development and a searching for different ways of expression. His instrumental chamber music is dominated by the expansiveness of analytic musical thought. In turn, his vocal instrumental chamber music works have a genuine lyricism woven through them that testifies also to the manifestation of romantic traditions in the musical writing of Juris Karlsons.