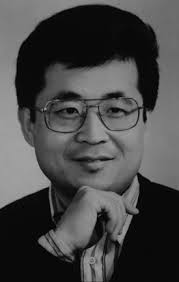 Julian Yu (b. 1957, Beijing, China) is a Chinese-Australian composer.

Yu surprised his non-musical family by writing his first composition, a one-act Peking opera, at the age of twelve. He went on to study composition at the Central Conservatory of Music in Beijing and later joined the teaching staff there. From 1980 to 1982 he studied at the Tokyo College of Music under Joji Yuasa and Shin-ichiro Ikebe, and in 1985 he migrated to Australia. In 1988 he was selected for a Composition Fellowship at Tanglewood, where he studied under Hans Werner Henze and Oliver Knussen and was awarded the Koussevitzky Tanglewood Composition Prize for that year.

Julian Yu has written many works for orchestra, instrumental and choral groups, theatre and opera, commissioned by organizations such as the Australian Broadcasting Corporation (ABC), BBC Promenade Concerts, IRCAM, the City of Munich, Australia Ensemble, Melbourne International Festival, Synergy Percussion and Chamber Made Opera. In 2008 he was commissioned to write music for the opening ceremony of the Olympic Games in Beijing.

Julian Yu’s music has won numerous awards around the world. In 1991 and 1994, an international jury unanimously selected his work for the Paul Lowin Orchestral Prize. Established in 1991 and awarded every three years, this is the highest award available to an Australian composer.

His music has been performed by many orchestras and ensembles worldwide such as Ensemble InterContemporain, Hiroshima Symphony Orchestra, London Sinfonietta, BBC Symphony Orchestra, the orchestra of the Tanglewood Music Centre, and the Sydney, Melbourne, West Australian, Queensland and Tasmanian Symphony Orchestras. It has also featured at international contemporary music festivals such as the Munich Biennale, ISCM World Music Days, the Asian Composers’ League (ACL) Festivals, and the Huddersfield Contemporary Music Festival.

Yu is currently a Fellow of the Faculty of Music, University of Melbourne.