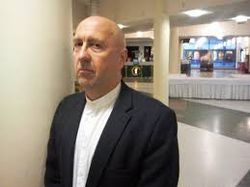 Lehto acquired his degree in military musicanship from the Finnish Navy Band in Turku, studied flute at the Turku Conservatory, and acquired higher education at the Sibelius Academy in Helsinki. He improved his professional skills at many international master courses.

Lehto has been working as a flutist of the Turku Philharmonic Orchestra, has conducted the local orchestras of western Finland region and been the artistic leader of the Crusell Music Week- a festival of wind instrument competitions, master classes and concerts. In 1987 Lehto became the solo flutist of the Pori Sinfonietta Orchestra. He has been active in performance career and in giving master classes overall in Finland and in Europe and USA.

In the end of 1980s Lehto began composing more in earnest-initially in the genre of "easy listening" music but gradually adopting more refined, modernistic music language. Lehto`s compositions have been performed in USA, Japan and many European countries and they have received international awards, as the 1st prize in Spain 2009 (international composition competition Ciutat de Betera) and 1st prize in Riga, Latvia (int.c.c. "Windstream 2014"). Lehto is renowned for his flute and wind instrument compositions but has nowadays also addressed the genres of symphonic, chamber and vocal music. Since 1999 he is a member of the Finnish Composers Society.